When writing with fake sources, you might wonder why it's even necessary to include a citation. But providing citations, even fake ones, will add a certain weight to your claims that no one will argue with.  And let's face it, it's not like anyone is going to check your sources anyway. 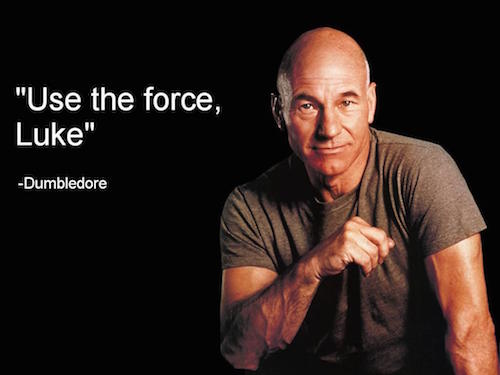 Short, pithy quotes are great ways to illustrate your point.  If you come up with a catchy phrase or come across one on Facebook, you'll want to make it more respectable by attributing it to someone smarter than you.  Some good choices for this include:

If you have a quote that says something bad, and you want to emphasize how bad it is, then consider attributing it to one of these figures:

Do I need to include a date?

No, there's no need to include a date for these made up quotes.  Giving a date requires you to look things up and choose a date that sounds reasonable.  Ain't nobody got time for that.

Citing your uncle's rant at Thanksgiving

Use phrases like "online essay" or "public forum" to describe the writing.

Use a phrase like "everyone knows" so that people are ashamed to ask for a source.  If they do ask for a citation, simply tell them "Everyone knows you don't have to cite common knowledge." 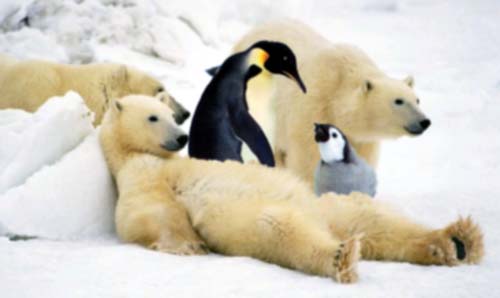 Cite altered images in their captions, use a URL shortener** to obscure where the image originated from.

[image: photoshopped image of penguins hanging out with polar bears]

Go ahead and make up the article's title - the more inflammatory or emotional terms you use, the better.  Consider using: "outrage!" "destroyed!" "everyone's laughing" or "you won't believe what happens next."

Citing a satirical article as news

Cite as you would any other article, use a URL shortener** to obscure the source if it's a well-known satire site.

Cite as you would a book.  Use adjectives like "definitive" or "classic" to describe the book.

A great way to obfuscate where the information you're trying to pass off comes from is by using a URL shortener.  These simply replace the full URLs with a much shorter one that does not indicate where the source is actually located.  With Tinyurl.com, you can even choose the final part of the url to make it sound more respectable. Brilliant!