Understanding the U.S. Constitution: the app from JSTOR 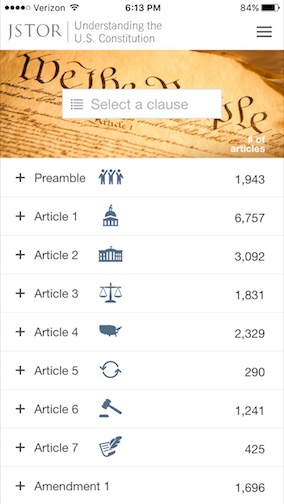